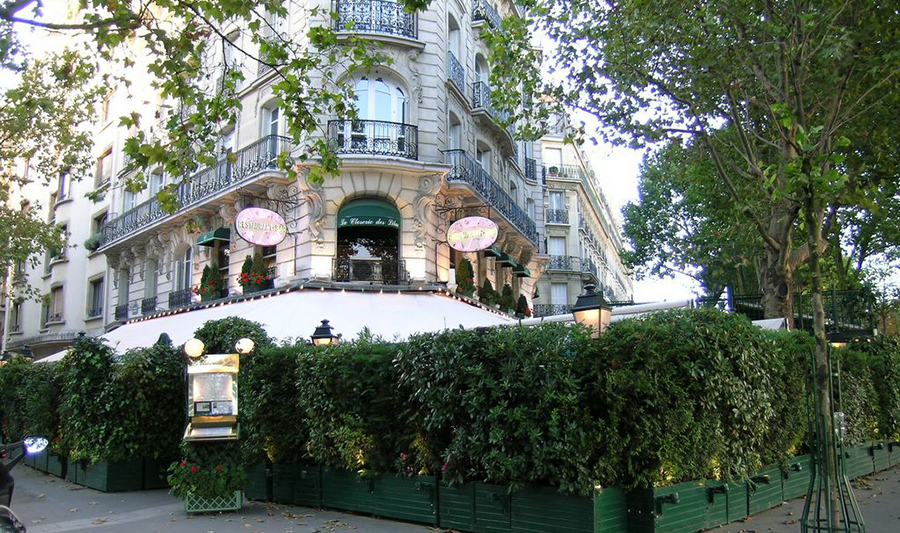 Here is one of the mythical places in the Montparnasse district, just a 7 minute walk from the Raspail Montparnasse Hotel. If you feel like diving in the early last century’s artistic-literary atmosphere, you’ll love this place.

La Closerie des Lilas is a former coaching inn, turned into a meeting place for a number of artists such as Emile Zola, Paul Cezanne, Théophile Gautier, Charles Baudelaire and the Edmond de Goncourt brothers during the end of 19th century.
Early in the next century, Paul Verlaine, Lenine, Guillaume Apollinaire but also members of the American intelligentisa such as Ernest Hemingway, Francis Scott Fitzgerald, Henry Miller made it their headquarters
The list of other famous names who patronized the address is impressive: Amedeo Modigliani, André Breton, Louis Aragon, Pablo Picasso, Jean-paul Sartre, Andre Gide, Paul Eluard, Oscar Wilde, Samuel Beckett, Man Ray…
The Closerie has a bar and a gourmet restaurant with one of the nicest terraces in Paris during the summer. Better book your table !

At the brasserie, I suggest that you allow yourself to be tempted by the famous French Egg mayonnaise (€6.80) or celery remoulade (€7.00). Not nutritionally correct, but so good ! and your wallet will be spared! In the menu you will find the most of the eternel classics of Paris brasseries, as well as some successful creations such as the English style poached haddock (€26.00)

The gourmet restaurant menu privileges seafood and fish but you can also sample the famous Hemingway beef tenderloin with black pepper, flamed with bourbon at your table (€48), really worth trying. The plates are arranged beautifully.

Do not miss out on the pastries. Indeed, they are prepared under the guidance of chief William Lamagnère (formerly from Ladurée) who joined the squad of the Closerie des Lilas as a pastry chef.