The Cirque du Soleil will be back in Paris from December 12th to 15th. The team of the Raspail Montparnasse hotel could not resist the temptation to tell you about “Corteo”, one of the most magical and extraordinary productions.

“Corteo”, the joyful procession of the clown Mauro 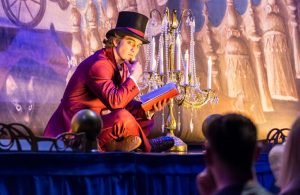 Corteo Production is a “tribute to the traditional circus, a dream where everyday objects come to life”

With its fairground atmosphere, the story is that of the clown Mauro who takes part in his own celestial procession. The afterlife is then a real symbol of joy.

Thus, the funeral is a festive parade that transports us into the dreaming world. Magical! 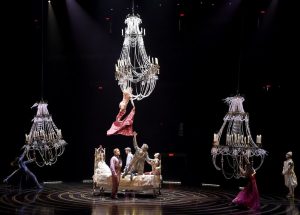 All this in a grandiose setting of polichinelle curtains, hand painted, inspired by the Eiffel Tower.

Corteo immerses us in a magical universe, between heaven and earth, under the attentive and watchful eye of benevolent angels….

The 51 artists of the troupe offer us a sublime message, which illustrates the part of humanity within each and every one. Because “Nothing is worthier of celebration than a life well lived”, the Cirque du Soleil celebrates nostalgia as a source of innovation.

An intimate and magical story, full of fun and spontaneity, where everything becomes possible! 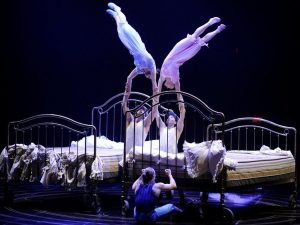 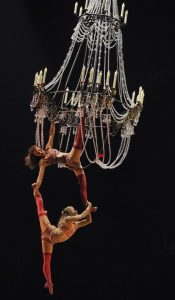