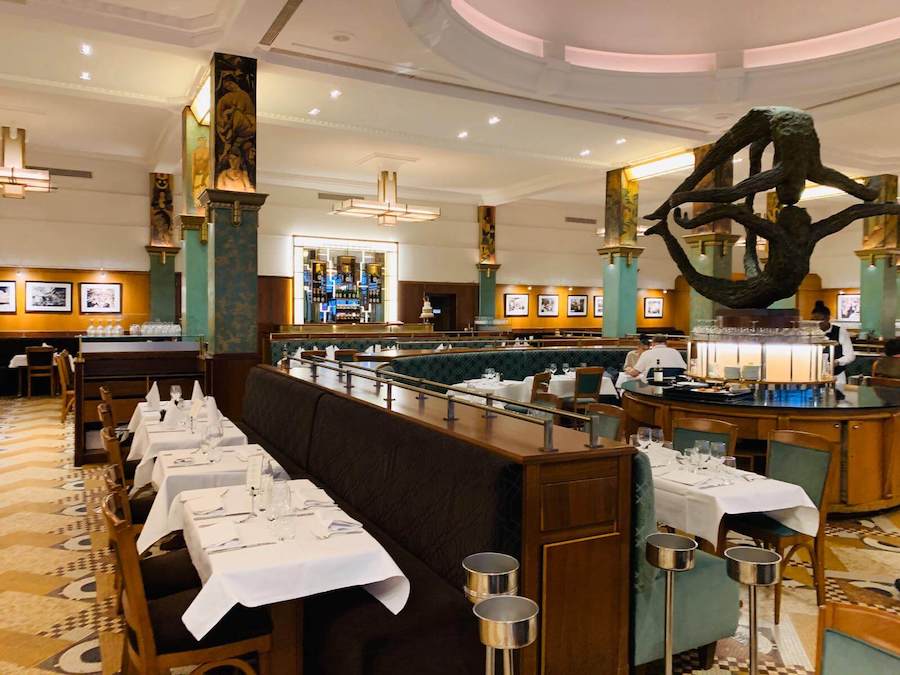 The 1920s, after the opulence of the Art Nouveau, took a new direction in the architectural and decoration fields and saw the early steps of the Art Deco style. In 1924, our hotel, the Raspail Montparnasse undertook its first major renovation and adopted this new movement, now a hundred years old. And we strive, day after day, to preserve some traces of it.

Why not take advantage of your stay with us to discover, close by, some jewels of this movement ? 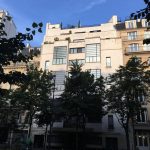 A few steps from the hotel, just across the street, at 216 Raspail Boulevard, you can admire the Studio Raspail and its surprising cubist façade, a magnificent achievement, typical of 1930s architecture. Some whisper that it may have been commissioned by Helena Rubinstein… 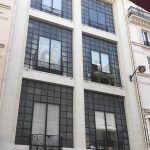 Continue down the boulevard, turn left to 9 rue Delambre, and raise your eyes to the large bay windows, integrated into a superb geometrical metal-framed façade.  In its day, this building was home to the studios of artists such as Ernest Hemingway, Francis Scott Fitzgerald and the dancer Isadora Duncan! 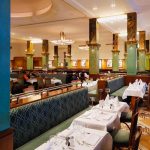 No one can evoke Art Deco without mentioning the famous Coupole, opened in 1927 at 102 Boulevard Montparnasse, (less than 200 meters from the Raspail Montparnasse) emblematic brasserie of the Roaring Twenties, refuge, at the time, of the Montparnos, artists and intellectuals.  The place has managed to keep its soul despite the passing of time, and you can find here a restored furniture from the 1920s.  An ideal place to bathe in the typical art deco atmosphere of Montparnasse. 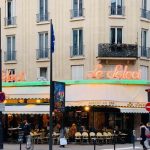 On the opposite sidewalk, N°99, take a break at the Select to try and find the atmosphere that Ernest Hemingway cherished so much that he made it his headquarters. Here you can still feel the shadows of Soutine, Chagall, Picasso, among testimonies of the 20’s style with its stuccoes, ceiling moldings and period furniture. The decor talks of the past but the cuisine is up to date, offered by a warm and friendly staff. 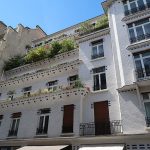 This file is licensed under the Creative Commons Attribution-Share Alike 4.0 International license.

A few steps further on, at the 26 rue Vavin, go and admire the “tiered building”, imagined and built by the architect Henri Sauvage, in association with Charles Sarazin. This architect left his mark on Art Nouveau with the famous Majorelle house in Nancy before taking an interest, as early as 1912, in the hygienic reflections on housing and bequeathed us this terraced house (which reminds us of a large immobile liner) covered with the same faience tiles used then in the parisian metro stations.  This construction, a rather unique example of the hygienic trend in architecture is well worth the detour, even though it can’t claim to be Art Deco style but is its contemporary.

Here stops our walk today. But, mind you, Art Deco stands proud in more than one Parisian district!… See you soon for more architectural discoveries in Paris…